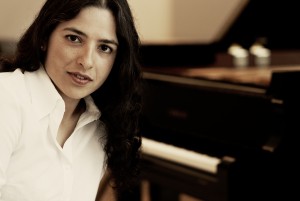 Pianist Einav Yarden is praised for her “…imagination and exceptionally vivid playing…Sense of immense majesty, tempered by gentleness and quiet grace” (The Washington Post, USA), and “glistening rapture…ingenious humor” (Tagesspiegel, Germany). In 2005 she completed four years of study with the renowned pianist Leon Fleisher at the Peabody Conservatory (Johns Hopkins University), earning a Masters of Music with high honors and a Graduate Performance Diploma. Prior to that she received a Bachelors of Music from the Rubin Music Academy of the Tel Aviv University under the instruction of Prof. Emanuel Krasovsky, and her early education was with Hadassa Gonen at the Israel Conservatory Tel Aviv. Other piano guidance includes that of Elisso Virsaladze, Richard Goode and Prof. Zvi Meniker (on historical fortepianos).

She was a recipient of the AICF scholarships, an important scholarship institution in Israel, between 1996-2005. Noteworthy stages she performed on include the Berlin Philharmonie and the Berlin Philharmonie Chamber Music Hall, the Beethoven-Haus Bonn, Berlin Konzerthaus, the Phillips Collection in Washington DC, Schumannsaal in Düsseldorf, the French festival “La Roque d’Antheron”, multiple solo appearances in “Flâneries Musicales de Reims” festival. Also in France, she gave recitals in Paris’s Salle Cortot, the Musée d’Orsay Auditorium, the Grand Salon of the Hotel des Invalides and the Goethe Institute. As part of Lucern Festival in 2008, she was personally invited by Andras Schiff to take part in an intensive workshop on the five Beethoven concerti, which was also recorded and televised throughout Japan.

A passionate chamber musician, and devotes herself regularly to collaborations with other musicians. She is currently based in Berlin, Germany.

“With great intellectual sovereignty, with fine feeling for the Haydn subtile humor… Einav Yarden creates Haydn’s dry musical logic with enrich life and with fine agogik the inner gesture wealth, and the human pulse of this elementary structures of plastic to forms so that the immense wealth of this substantial miniatur-symphonies clearly and as a process of constant surprises for the handset perceivable.  by Attila Csampai

“a probing, incisive pianist with a beautiful sound and an impressively transparent touch. That transparency was quickly evident in Bach’s English Suite No. 2 in A Minor, which opened the program. If you like Glenn Gould’s Bach, you’ll like Yarden’s. It is crystalline and precisely balanced down to its molecules, with superb voice-leading and a sense of purpose in every note. […] A sense of immense majesty, tempered by gentleness and quiet grace.” by Stephen Brooks

Debut recording “Oscillations” was awarded as the ‘CD of the Month’

“…mesmerizing pianism. With exceptional sensitivity and from her quite individual perspective, she manages to extract a degree of logic from the Beethoven sonatas that one hears only rarely in young pianists. […] Sophisticated combination of exactitude and natural rubati. A fascinating debut CD from a marvellous musician.” by Carsten Dürer

“…The Sonata in G major by Schubert (D.894) reaps all the benefits. The musician draws unexpected colors from the keyboards, fearlessly allows silence to breathe, and is animated by a living pulse…She has a wide repertoire of motifs, and casts different lights as she brings them to us. The changing narrative, climate and psychology are incrementally encapsulated by the modulations of the text itself, via harmony instead of by resorting to artifice.” by Frédéric Gaussin

“…it was immediately apparent a great virtue of Einav Yarden’s playing is that she not only observes Beethoven’s dynamics and articulation marks scrupulously, but (and this is much more important) she understands the reasons for his markings, so that it is their musical intelligence that she conveys to the listener. […] Yarden’s semi-staccato touch in the left hand is utterly delightful and I have never heard anyone else play the moment in this way. Her finger work is immaculate.” by Stephen Pruslin

“…Einav Yarden, who performed Beethoven in her unique way – with restrained emotion that penetrates the heart, and technical perfection that by itself added another dimension to the experience of the music.” by Noam Ben-Zeev 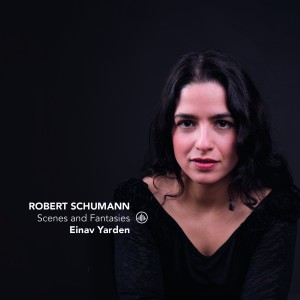 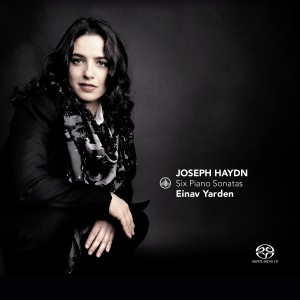 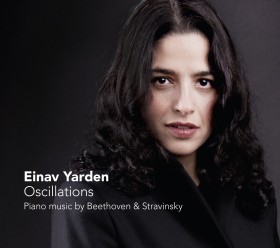